GEORGETOWN COLLEGE: The Maskrafters Row Into History With "Men On Boats" 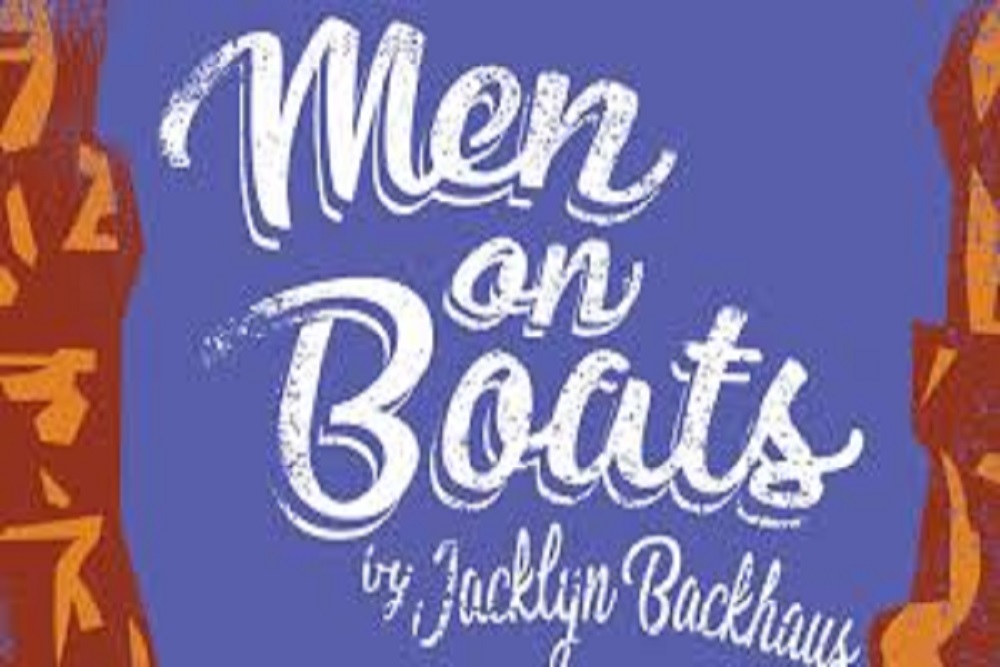 No one expected to see him alive again when one-armed John Wesley Powell set off down the raging Colorado River with nine rookie boatmen in 1869. 150 years later, the Georgetown College Maskrafters will be the first theatre company in Kentucky to recreate Powell’s incredible journey onstage in Jaclyn Backhaus’s rousing play, Men On Boats.

Backhaus memorialized Powell’s achievement of leading the first successful expedition through the Grand Canyon , but she threw in a monkey wrench: in her 19th century white man’s world, gender is out the window. Just as Shakespeare was forced to use males to play females, anyone directing Men On Boats is prohibited from casting men, and Backhaus’s characters are truly men’s men. Yes, these men are played by women.

The transformation of women into men takes place in Georgetown College’s black box theatre, which is transformed into the Grand Canyon. Scenic designer, James Cox has captured the feel of being deep at the bottom of the great canyon.

On top of the demanding task faced by actresses and set designer, Backhaus’s script poses daunting challenges for director, Ed Smith, not the least of which is recreating a river adventure without a river. No men? No water? No sweat!

Actually, there is a lot of sweat. Men On Boats romps and revels in the adventure of it all without trivializing Powell’s accomplishment or losing sight of the dangers the original explorers endured. Premiering in New York about the same time as the musical Hamilton, Men On Boats reimagines history, making it entertaining and easily accessible for 21st century audiences.

Want to get notified whenever we write about Georgetown College ?

Sign-up Next time we write about Georgetown College, we'll email you a link to the story. You may edit your settings or unsubscribe at any time.