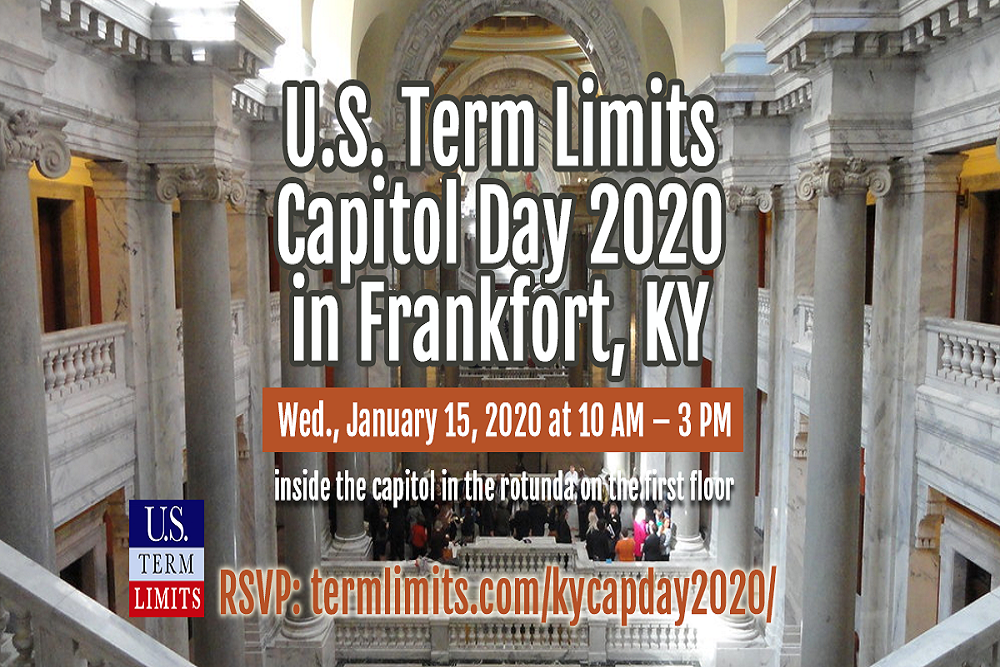 U.S. Term Limits is the largest grassroots term limits advocacy group in the country. We connect term limits supporters with their legislators and work to pass term limits on all elected officials, particularly on the U.S. Congress. Find out more at termlimits.org.

U.S. Term Limits volunteers will gather for a day of grassroots lobbying of state legislators in support of our bipartisan resolution for the states to propose a term limits on Congress amendment to the U.S. Constitution.

The group will meet inside the capitol in the rotunda on the 1st floor. This will be followed by a day of speaking with legislators to gain their support of the resolution.

Want to get notified whenever we write about U.S. Term Limits ?

Sign-up Next time we write about U.S. Term Limits, we'll email you a link to the story. You may edit your settings or unsubscribe at any time.